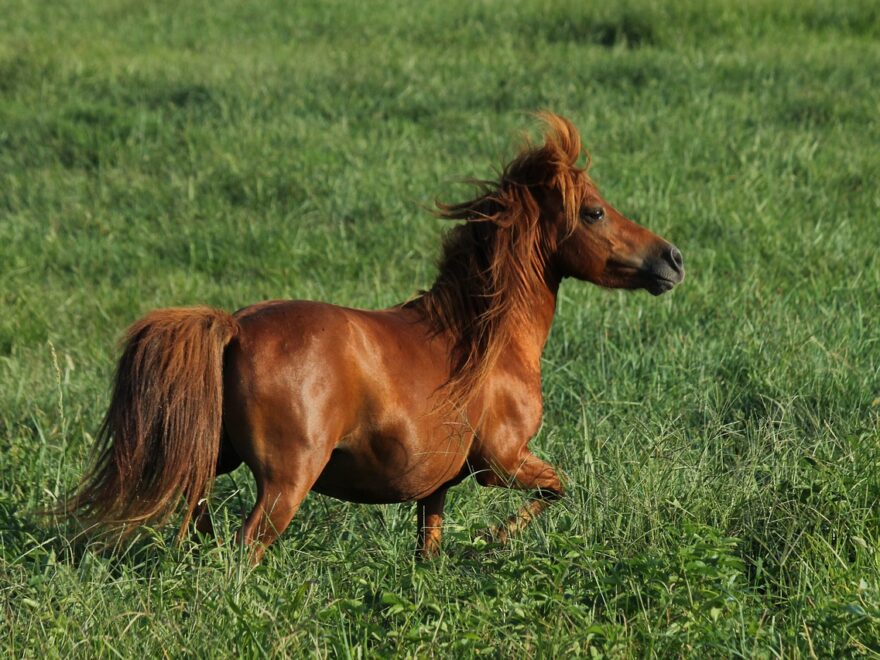 I saw it again today: A little horse in a little enclosure living what looks like a very small life. Maybe, however, the horse’s life is better than I think.

On one of the roads that leads to our house, a miniature horse stands in the mud in a tiny enclosure. There’s no room to run or play and there is often no dry ground on which it can stand. Its life looks pretty miserable to me.

I’ve thought about calling the county officials or an animal rescue group, but what would I tell them? The horse has food and water, and there is room for it to move around a bit in its pin. It stand beside a busy road, not hidden away, so lots of people have an opportunity to examine its living conditions. It seems that no one else has called anyone — or if they have, the matter was either not investigated or things were found to be okay.

Parker County, Texas is an area that takes horses very seriously, with champion horses and decorated riders over each of the area’s many hills. I don’t know much about horses, but one of these experts surely would have put up a fuss if they noticed any problems. Of course, this is also an area where people don’t like to interfere with other people’s business.

Still, the little guy doesn’t seem to be abused, but I’m not sure it is loved.

Of course, there’s a lot I don’t know. The horse could have a medical condition that means it needs careful attention from one of the people living only a few yards behind the enclosure. There’s no house on the property, but a travel trailer surrounded by tents and tarps forms some kind of dwelling for some sort of people. The little horse sometimes has a tarp, too, so he gets some protection from the sun and rain.

There’s a big pasture behind the encampment and the pin, and some other horses seem to have the run of it. Maybe this one little guy doesn’t get along with them.

I forgot to mention that he isn’t always there — in the enclosure. Maybe he performs at carnivals, giving joy to kids who ride him and some income to those who work him. The pin in the front of the pasture may be the same size as the allotted space at the carnival, giving the horse a sense of security and consistency. Or maybe he’s off exercising in the back of the pasture with his doting owner — the one who cares for her fragile guy so deeply that she doesn’t dare let him run with the bigger, meaner stock in the pasture.

Life is good, I’ve noticed, but it isn’t far. The little horse looks like he’s getting the short end of a short stick, but I don’t know what his soul is trying to accomplish. Maybe he’s happy with things as they are.

All I want is a simple, meaningful life with enough of everything. The little horse has just enough space, just enough cover and seemingly adequate supply of the things it needs.

It’s none of my business, but I hope he has some love, too.