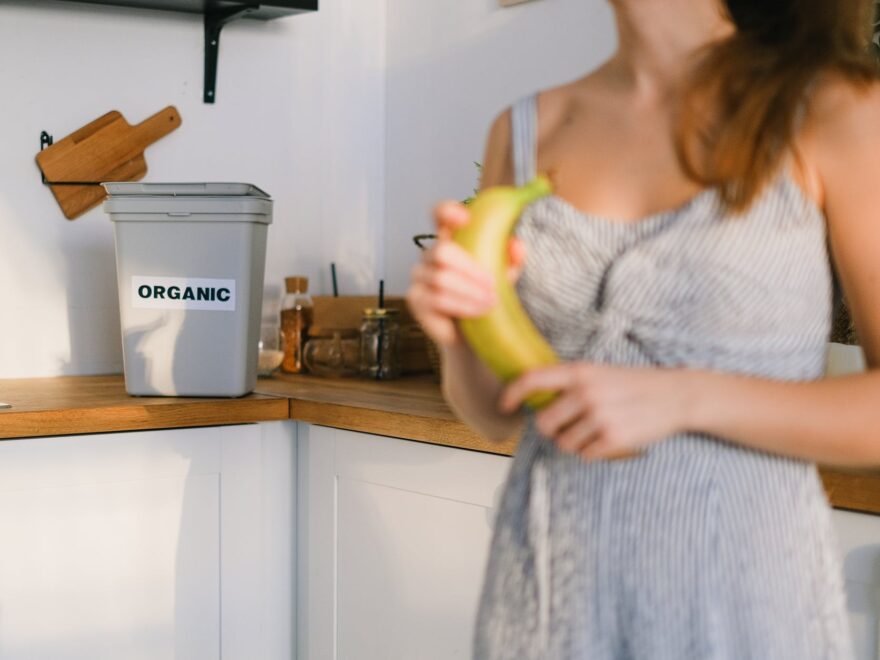 In a previous phase of my life, I ordered a stainless-steel compost bucket from a garden supply catalog. I even tried to use it. I don’t know what happened to it — and it never turned up in my decluttering.

I remember three facts about it: It arrived dented on the bottom although the package wasn’t damaged, it wasn’t “stainless” at all, and we didn’t use it much. Who wants a bucket of muck on the kitchen counter (which is now totally clean) anyway?

At other times, I’ve thought about setting up a plastic bin of earthworms to gobble away at the salad that went brown and that tough outer part of every green onion I’ve ever bought. I’ve cleaned out plenty of storage containers that — with some holes drilled and newspaper inserted — would be perfect for the little guys. But wouldn’t it smell? Would we even have enough food waste to keep them alive? And when we had cats, I was concerned about what they would think of a rustling bin of worms in the utility room.

My mother never composted, and she probably didn’t even know what composting was when I was a kid. But she didn’t put food waste in the trash either. She threw it over the back fence. Food in the trash attracts mice and ants — and it smells bad after a day or two. She simply and elegantly threw food waste over the fence after each meal.

Often, a wild animal like a raccoon or a feral cat would enjoy the leftovers as a snack. Sometimes, it was so far gone that nothing would touch it. That was okay, too, because our riding lawn mower chewed it up the next time it passed. The particles that remained of this waste that was so foul it couldn’t feed our family fed the soil.

I don’t have a back fence, but I do have a large yard (about an acre) that isn’t used for much. Why not throw the stuff out there?

You may not have a big, undeveloped backyard, and you probably don’t want to look at a decaying mess when you look out the kitchen window, but there must be something you can do with your food waste other than trash it. Whether you’re trying to reduce your trash to less than a grocery bag a week or simply attempting to be a better steward of the environment, there are simple and elegant ways to decrease what you put in the trash can.