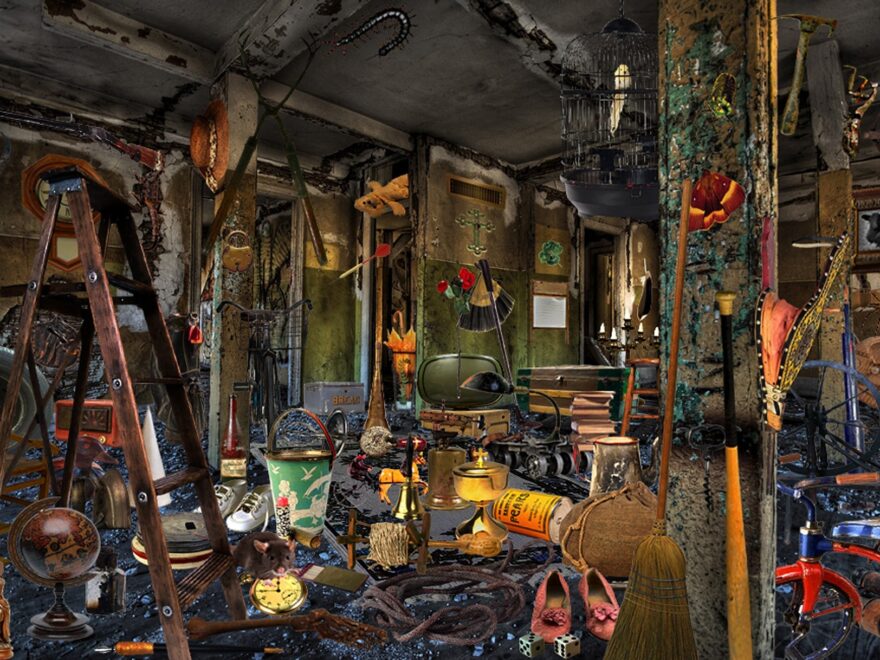 I should have realized this sooner: I come from a family of professional clutterers. My parents owned a gift shop.

Several other family members participated in this profession as well. My mother’s mother was in the gift shop business for decades. My mother’s father lived the life too. There were others, but there’s no point going on.

Everywhere I looked when I was a kid, concrete frogs and plaster banks looked back. Miniature skunks and crockery sat on every flat surface, while silvery spoons emblazoned with the word Texas (but ordered from some other state) enticed people to purchase them but not eat anything from them. Clutter was everywhere — except inside our actual living quarters.

We lived in the same building as the gift shop, but my parents mostly prohibited the merchandise from passing into the rooms in which we dwelled. Sure, a storage room off my parent’s bedroom was crammed with useless items they would never bring out again, but the living areas were largely clutter-free. Still, there were too many pictures around and the photomural covering the wall behind the living room chairs was tacky and busy. My mother’s dresser was the catch-all for junk of all types, it seemed, but there wasn’t a lot of clutter. You could never call my parents minimalists, but they weren’t hoarders of the highest order either.

Much of the stuff in the shop was what my mother called “made to sell.” That means it was crafted to appeal to the buying public, but it served no useful purpose. She would tell customers the truth about the uselessness of an item if they engaged her, but they usually already knew they neither needed nor truly wanted the items they were coveting. Often, the pieces in question were intended as gifts for someone else who didn’t want or need them either.

I’ve visited a few of those small Texas towns with quaint little gift shops around the square or down a particular tree-covered lane. I liked some of the stores — maybe because they reminded me of home or because they were beautiful places, but never because individual objects appealed to me. Now, the disorder of places like those interests me less and less.

While I owe a lot to professional clutterers, their wares seem a bit grating to my current sensibilities. I’m finding peace from a life with fewer things to distract me.