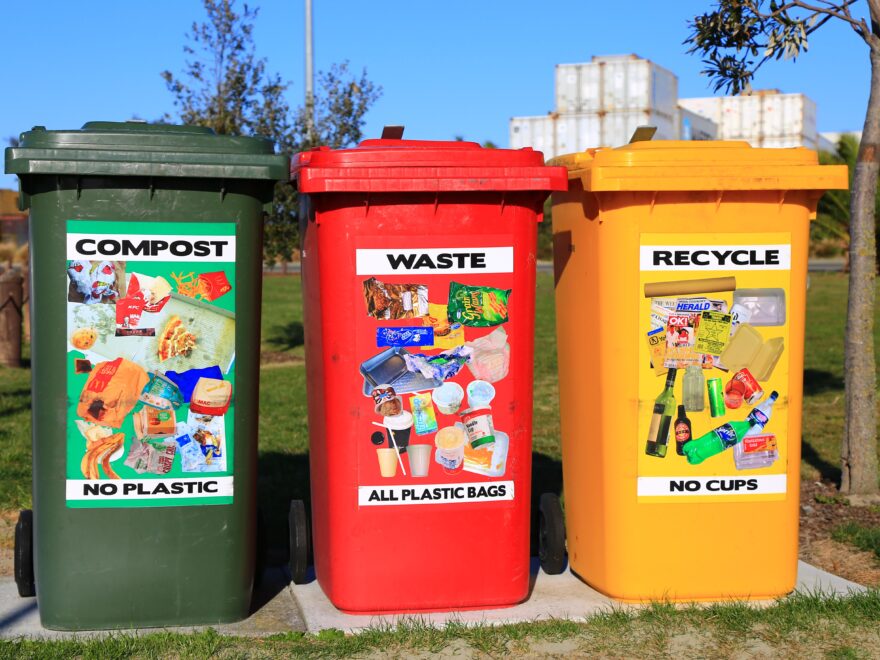 I often boast about how much I’ve thrown away — and I rarely mention anything about recycling. There are two good reasons for that.

First, recycling isn’t readily available here. I used to take some of my cardboard and paper waste to a nearby town to put in its public recycling bins at the library (about 15 miles from my home), but they were eliminated. The bins, intended for city residents anyway, were removed when the town started curbside recycling. (As a side note, I’d like to know how that’s going for them since they planned to impose a monthly fee on residents who wanted the service. I hope people are willing to pay it, but I would suspect they are not.)

A sign at a county facility about five miles from my house says that they accept a very limited list of items recycling, but the facility is open only during the morning and early afternoon and the service has not been promoted around my neighborhood, so I don’t know if I’m in the right area to recycle there or not. I could, of course, call them to get the details, but I haven’t bothered.

Recycling isn’t something people do much around here, I’m afraid. That means convenient, well-publicized facilities available without charge don’t seem to be a priority for local leaders.

Second, getting trash out of my house quickly and efficiently serves my needs and the greater good. Clutter is a big problem in my life, and I have weekly curbside trash service — a luxury for which I pay almost $30 per month. Because of my ongoing decluttering project, I have more than a cartload of trash to eliminate from my life some weeks, and I can’t fit that much in my car to take to a recycling facility miles away. Holding onto recycling to carry away in small loads holds up the decluttering project, and that doesn’t serve my highest good. Wasting fuel making multiple trips to a recycling facility doesn’t serve the greater good either.

Do my “two good reasons” sound like excuses to you? Call them what you like, but those are the facts.

Here’s another fact: Good, usable items don’t get thrown away at my house. They go to a charity, usually the Goodwill store nearby. It’s wasteful to throw away or recycle items that can be reused.

It may surprise you that I don’t want to recycle more. Once the clutter is more under control, here’s what I’d like: I want a life that generates so little waste I don’t need trash or recycling service.